Home » Articles » Study of Dielectric Breakdown Mechanism in CMOS in dielectrics for FEOL, MEOL, and BEOL

Study of Dielectric Breakdown Mechanism in CMOS in dielectrics for FEOL, MEOL, and BEOL 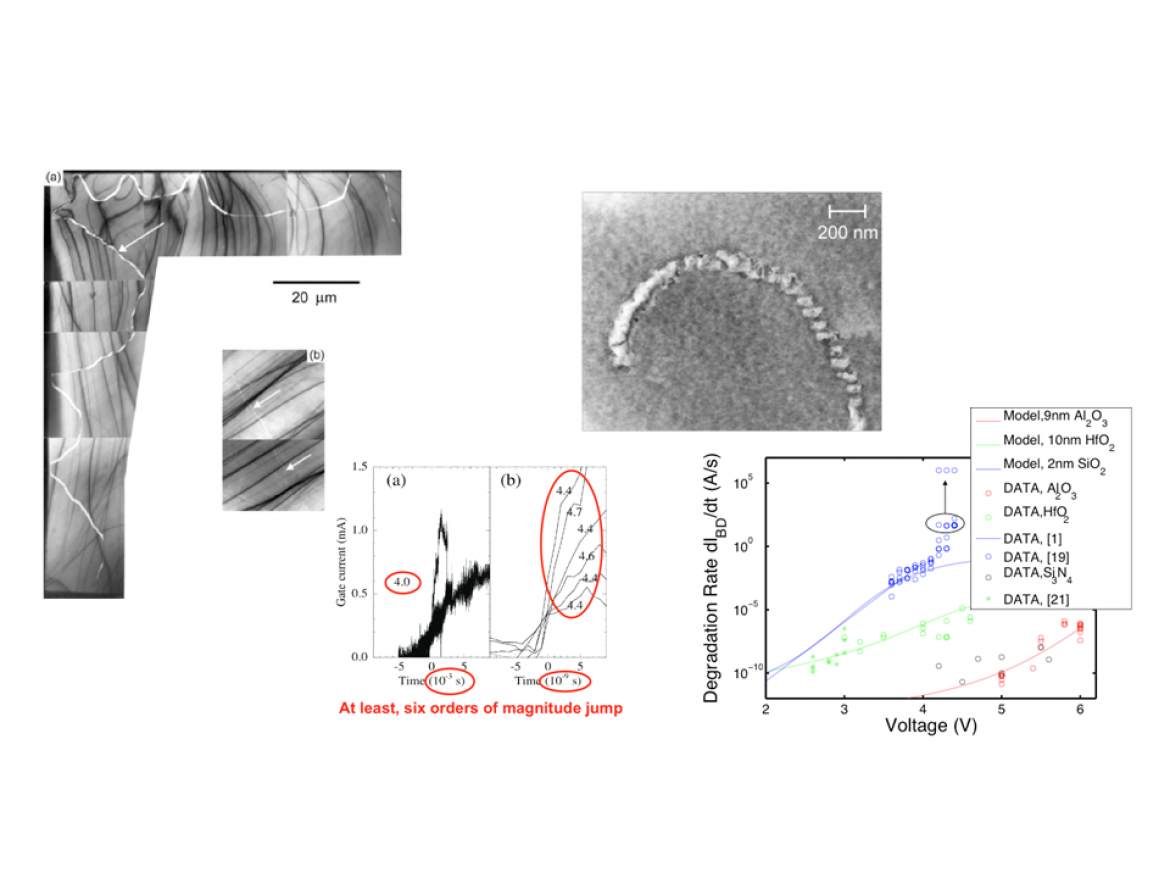 The definition of the basic physical mechanisms of the dielectric breakdown (BD) phenomenon is still an open area of research. In particular, in advanced CMOS circuits, the BD of gate dielectrics occurs in the regime of relatively low voltage and very high electric field; this is of enormous technological importance, and thus widely investigated but still not well understood. Such BD is characterized by a gradual, progressive growth of the gate leakage through a localized BD spot. We work both on the experimental and on the modeling side to provide understanding of the main physical mechanism responsible for the progressive BD growth. We demonstrate the ability to control the breakdown growth rate of a number of gate dielectrics and provide a physical model of the observed behavior, allowing to considerably improve the reliability margins of CMOS circuits by choosing a correct combination of voltage, thickness, and thermal conductivity of the gate dielectric.

In the figure we show TEM images demonstrating that for thick oxides during BD, BD point propagates laterally along lines along the MOS surface. The lines are actually done by individual BD spots, suggesting the presence of numerous precursor defects of percolation paths. As oxide thickness (and stress voltage) decrease, the lateral migration of the BD spot does not occur anymore, and as the voltage is scaled low enough there is a sudden transition to a slow BD spot growth, the progressive BD regime. Progressive BD appears a general phenomenon, experimentally observed in various gate stacks: poly-Si / SiON / Si; MG / hi-k / Si; MG / hi-k / InGaAs;

Devices for Information Storage and Processing